The video was itself created by another Autodesk customer, Rockstar UK. It’s the first in a 3-part series that tells the story of Milk—who they are, how they work, and why they prefer to maintain their boutique identity. 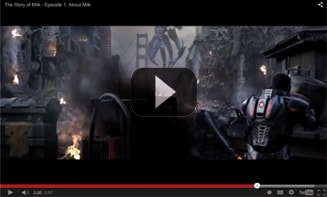 View the About Milk video

Mark Shapiro of LAIKA takes you behind the scenes of his animation studio in a recorded Autodesk University session. He describes how the Portland, Oregon-based studio created its most recent animated feature, The BoxTrolls, which was nominated for 13 Annie Awards. See the animators at work and learn how they solved challenges like depicting a flickering flame or moving water in stop-action animation.

The BoxTrolls took 2 1/2 years to produce including the creation of 55,000 unique character faces—each of which was designed with 3ds Max and Maya, then output to a 3d printer for stop-motion filming. 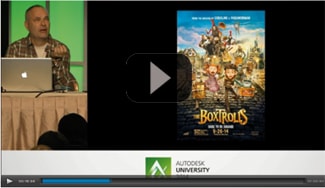 View the AU session on LAIKA and The Boxtrolls

Learn about 3D printing at Autodesk

The Spark Blog has the latest news on the Spark 3D printing platform and EMBER™ ultra high resolution 3D printer as well developer news and stories of 3D printing in manufacturing, entertainment and more.

Discover the latest tools and updates for subscribers

Get enhanced workflows between InfraWorks 360 and Civil 3D